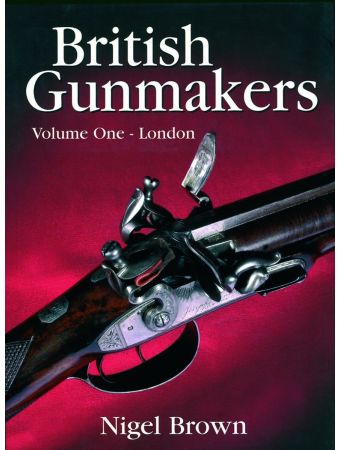 BRITISH GUNMAKERS VOLUME I: HISTORICAL DATA ON THE LONDON GUN TRADE IN THE NINETEENTH AND TWENTIETH CENTURIES. By Nigel Brown.

A history of the London gun manufacturers in the 19th and 20th centuries. Includes an alphabetical list of all gunmakers and related trades, with dates, addresses and changes of name, together with 48 individual business histories. "An encyclopaedia and a guide for collectors and members of the trade alike". Originally published as "London Gunmakers". This volume was extensively revised to form part of a two volume set, with the subsequently published British Gunmakers Volume Two: Birmingham, Scotland and the Regions. Our stock number for the two volume deluxe set, 15719.
£60.00
Availability: In stock
Book Code
45496
Add to Wish List Add to Compare
More Information