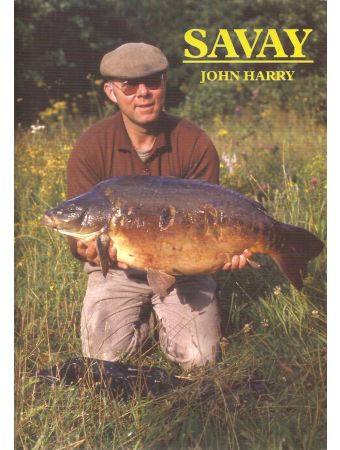 This is a well-thought of profile of the famous carp water. Well worth a read in conjunction with the more recent Savay Chronicles. Chapters include: Savay Lake; The Sluices; The Little Island in the Cottage Bay; The Baillif's Bush; The Colne Bank; Canal Bank; The North Bay; Rigs; My view on bait; Queen of the Valley ('Sally'); Once more inspired, by Roger Hawkins; Sally, by Rony Hall; With a little help from my friends, by Bruce Ashby; Hidden haunts, by Dave Woods; The lake always pays its dues, by Steve Reeve; Arctic carp, by P.G. Wright; Ten winters on Savay; Do fish learn?; Big Stevie; The year of the Forty; Locating Savay carp; Not a bad start; A good session on the Long Island; The Belgian connection; In conclusion.
£12.95
Availability: In stock
Book Code
761
Add to Wish List Add to Compare
More Information