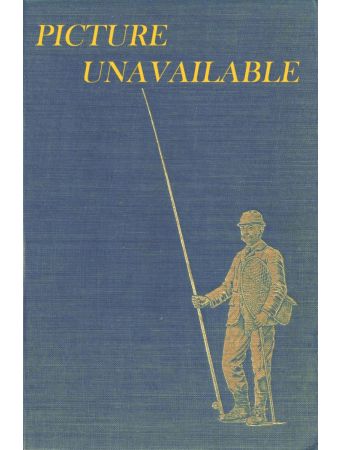 RECOLLECTIONS OF FLY FISHING FOR SALMON, TROUT AND GRAYLING: WITH NOTES ON THEIR HAUNTS, HABITS AND HISTORY. By Edward Hamilton, M.D., F.L.S., etc.

GRAYLING AND HOW TO CATCH THEM: AND RECOLLECTIONS OF A SPORTSMAN. By Francis M. Walbran.

"Although suggesting by his title that he is dealing with the grayling in southern rivers only, and omitting any reference to bait fishing, Rolt yet treats the subject more comprehensively than did any of his predecessors, and, especially in his own selected sphere, adds considerably to our knowledge. He discusses the then prevailing grayling problems dispassionately, describes the requisite tackle, gives excellent impressions of both wet and dry fly fishing, and enriches our fly cases with patterns of flies of his own devising which have, and rightly, been adopted as standards on both North Country and South Country waters." (W. Carter Platts. Grayling Fishing). "Harry Augustus Rolt b. 5th Dec. 1853 Mitcham, Surrey d. 4th Apr.1926, Mousehole, Cornwall. In 1891 he is shown as private sec. to MP but by 1901 is a clerk in a shipping office." (Austin).
£110.00
Availability: In stock
Book Code
2950
Add to Wish List Add to Compare
More Information